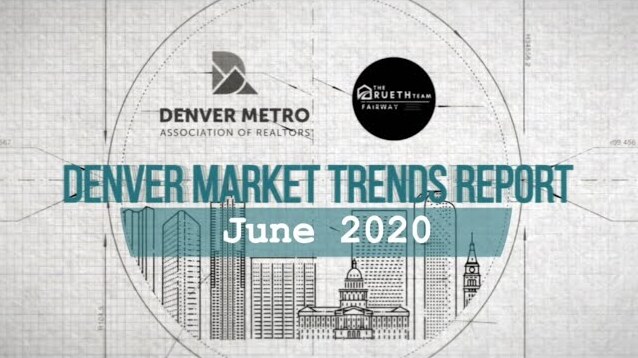 Whose Market Is It?

The real estate market is wiping the sleep from its eyes as public health guidelines transition from stay at home to safer at home. Just as businesses are reopening, the heart-wrenching racial injustice protests have engulfed nearly every city in America.

2020 has been a year of historical proportions (what else could possibly happen?) and it’s changed the real estate market. Buyers and sellers alike are no longer only asking, “Do we love this home,” but are now asking questions like, “Is it big enough to work from home?” “Does it provide opportunity and space for my children to play if schooling at home?” And, ultimately, “Is it safe?” These shifts underline the new buyer psyche. For as much as the market remains a seller’s market, current events are changing buyer behavior which will impact limited inventories.

ShowingTime indicates Colorado’s strong buyer demand is working to reclaim pre-COVID growth, which is now near 2019’s weekly averages. Mortgage purchase applications recovered from their historic 35% drop in April to ending May with a full recovery of 9% year over year gain – up 6 weeks in a row.

Future buyer demand will be compounded by low mortgage rates. This past March 5, 2020, set the record for the lowest interest rates since November 2012. We’ve seen even lower rates in May with a 5-week streak ending at yet another historic low of 3.15% with a 0.8% discount.

Meanwhile, sellers remain staunchly opposed to listing more properties further straining the one-sided seller’s market and keeping months of inventory hovering at two months. New listings did appear in May — 49% more month over month at the $300 to 499k priced homes and 116% at the $1M price point and above — but not enough to balance the market. Pent-up buyer demand drove pending home sale increases in each price category from 75% month over month at the $300 to $499k range homes, to a 145% month over month increase for $1 million and above.

As overall economic and current events news may fluctuate over the next few weeks, I expect May to be seen as a transition month. Negative numbers should moderate from their April lows with jobless numbers to report 1.8M for the last week in May — down nine consecutive weeks. The forecast for May’s unemployment rate is expected to be 19.5% up from 14.7% in April. Remember, unemployment numbers are counted during the week of the 12th so right before states started reopening. Current estimates for unemployment at the end of May are closer to 15% as people began to return to work and more than 80% of the unemployment was considered temporary.

The continued housing demand will continue to put pressure on home prices as pending home sales gobble up new inventory, which will put more pressure to increase home prices. Lawrence Yun is expecting national appreciation between 4 and 6% by the end of 2020. Realtor.com is expecting closer to 1%. Although DMAR’s median close price in May dropped 0.19%, it primarily due to the difficulty of getting Jumbo loans in April and May and more purchases at lower price points and more inventory at the higher end. Year to date median close price is still up 4.82% and expected to increase through the summer.

As the real estate giant is awaking from its power nap, everything is telling us that opportunity for stable growth in front of us.

Your Partner in Building Wealth,