Why Did Interest Rates Increase? 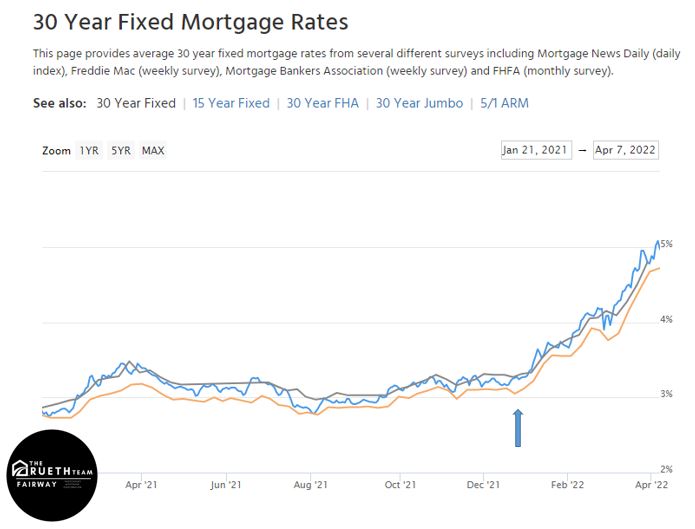 Rates have been on the rise since January.  In fact, they moved from just over 3% to just under 5% in 3 months.  Not only is that not okay.. it’s scaring some buyers from jumping in and securing their financial stability.  And it’s not over .. not yet anyway.  Here’s how we got here… Fed Chair Powell has been thinking about and talking about raising the Fed Rate for over a year, all while watching inflation creep up.  Thinking, then saying it was “transitory”.  Last Fall, it became more real, this inflation wasn’t just going to wash away.  In October the Fed announced at November’s Fed Meeting they would officially announce the start of quantitative easing to begin in December and end in May.  At November’s meeting they sensed more urgency and did start QE, but not in December, they started immediately.  Then in December, the Fed decided 6 months was too long and accelerated the timeline to finish in March.  This appearance of fear and being behind in their monetary policy action caused a ripple affect in the rates, which started the ascent in January. 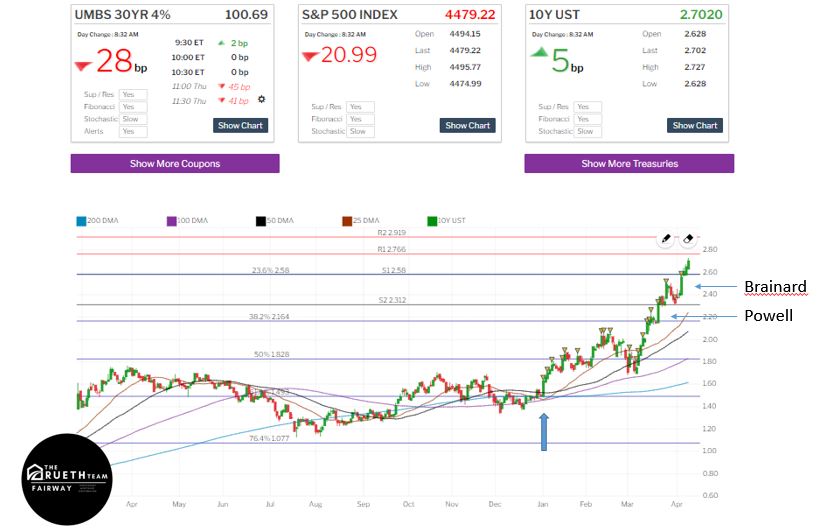 The Impact of Rates on Payment

So if rates are not done going up… does waiting seem like a good idea?  NO!!!!!!!  What rooftop can I scream that from.  Just 4 weeks ago, for our March 11th Market Update, I put together three Principle and Interest charts to show as rates were climbing from 3% to 4.5% the impact it had on your buyers budget.  The three charts were for $300k-$600k; $600k-$900k; and $900k-$1.2M loan amounts.  Today, those are irrelevant as rates are hitting 5%, so I had to redo them for 4.5% to 6%. I have these uploaded to our Agent Ignite FB Group for you to download and use when sitting down with buyers. 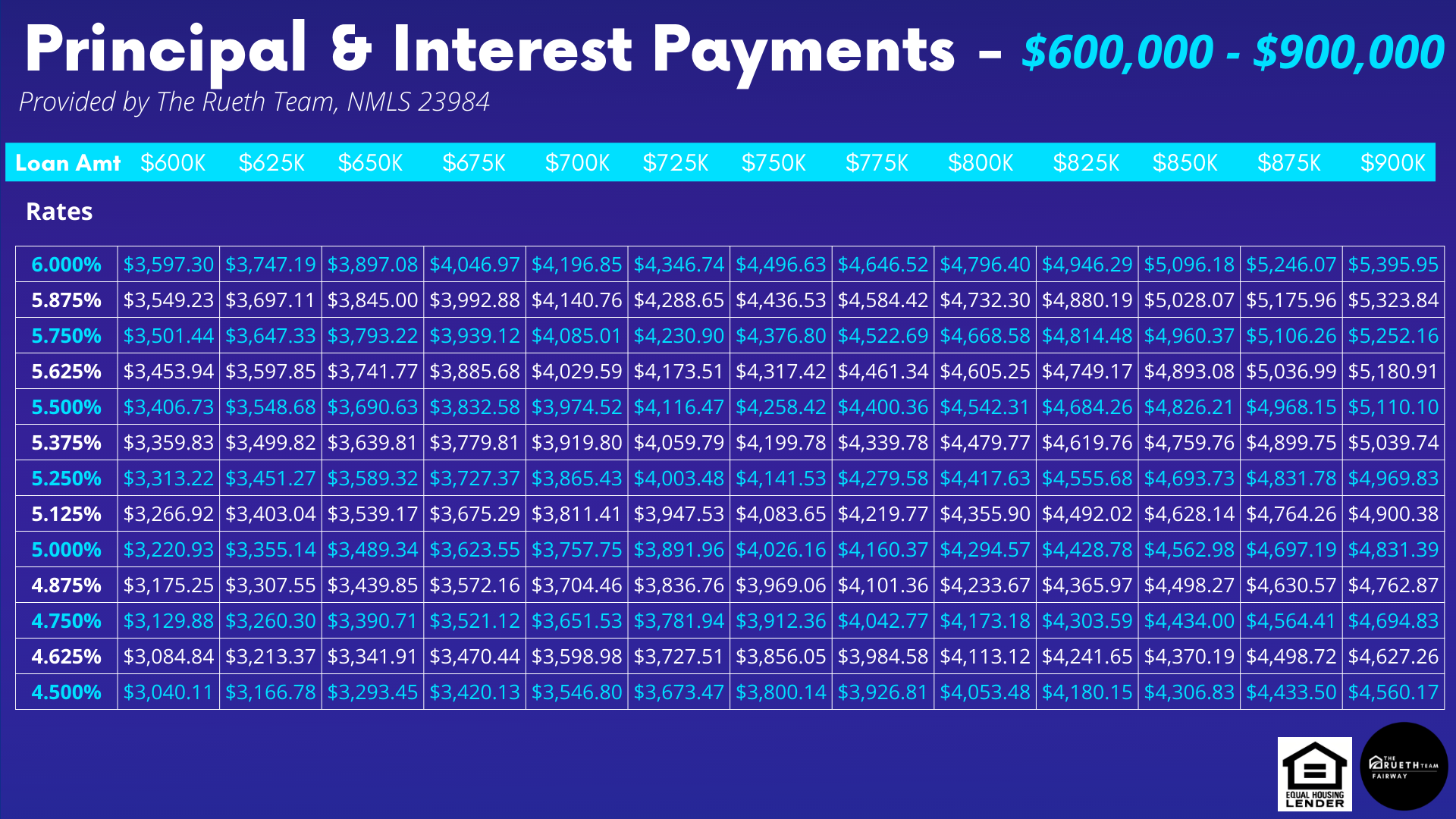 It’s Not Just the Payment

The struggle is real.  With interest rates and purchase prices going up; not only is the payment increasing, but so is the down payment.  Savings is slowing down as the cost of everything is higher and wage increases of 5.8% in Denver are not enough. 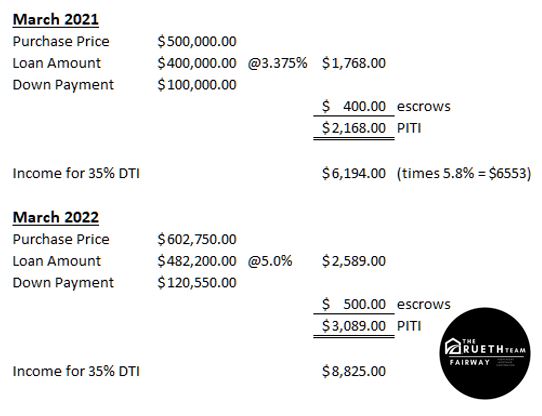 Rising rates are not done yet.  Prices will not drop.  So, speed is everything.  This weekend is the weekend to get your buyers looking with eyes wide open and both feet in.  Let them know that when and if a recession comes, not only will rates drop which gives them a refinance opportunity, but will also add more fuel to a strong buyer demand pushing prices up higher.  Put your clients on this side of that shift.  Because when those prices push higher and their appreciation increases, YOU will be their most trusted advisor 😉