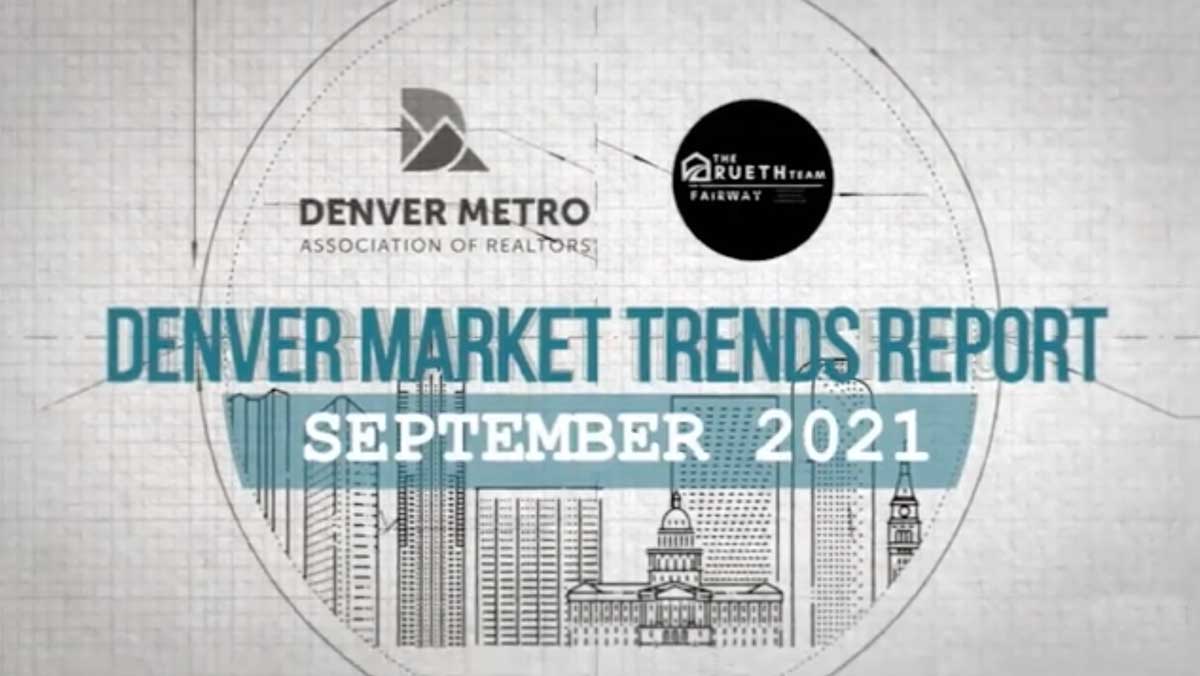 Rates on the Rise? Affordability at Risk?

It was great to see Elliot Eisenberg, the Bowtie Economist, again as he came into town for the Denver Metro Association of Realtors® Member Appreciation Event. I adore my friend and thoroughly enjoyed not only seeing him but giving him a hug. Elliot started his market update with the statement, “the Economy is Okay.” It was reminiscent of his talk before our two-month recession and before we even knew what COVID was. The economy is okay. I believe that. We are flush with liquidity, reinvesting in capital expenditures and technology, and creating jobs. Our inability to go places created an abnormally high demand for manufactured goods, waking it from a 20-year slumber and putting pressure on supply chains across the globe. Services suffered as people couldn’t go out, so they turned to ordering in. This spike in demand fueled by high liquidity and inability to be entertained skyrocketed prices, especially for cars, homes, and durable goods. The Personal Consumption Expenditures Index (PCE), the Fed’s favorite measure of inflation, is running at a 20-year high. Yet, is it transitory?

The much anticipated FOMC Jackson Hole meeting was held this past month. There was a lot of lead up with the question, “is this when the tapering will begin?” Will we see rates rise? Fed Chair, Jerome Powell, confirmed the inflation 2 percent average target has been met, with the most recent PCE at 4.2 percent, and the majority agree. I, however, think more of it will stick than what Powell is alluding to, and I highlighted these points in this past Saturday’s blog. What allowed Powell to continue waiting and watching was employment. As this Market Trends report is released, August unemployment is expected to drop from 5.4 percent to 5.2 percent, and the recent three-month average of 832,000 jobs created continued. Historically, unemployment runs just under 4 percent, with an average of 2 million job gains a year. So, while we wait for the 8.7 million people looking for work to be matched with the 10.1 million job openings, Powell kicked the tapering can down the road until September or November’s Fed meetings. These are the last two of 2021. Many of the other Fed Governors are pushing for September. Powell is leaning towards November.  Meanwhile, low rates give buyers, sellers, and investors more time to offset rising prices.

One of the factors of the PCE, which will undeniably stick, is rising rents. Apartment List reported rents were up 2.1 percent in August and 13.8 percent year-to-date. Year-to-date, not year-over-year. Annualized, that’s 20.7 percent for the year. The higher cost of one out of every six homes purchased by industrial and mom and pop investors alike matriculated into higher rents to cover higher debt costs. That’s just math. The increasing cost of homes is starting to feel like it’s peaking, but the numbers are not showing it yet. Case-Shiller just released its June appreciation numbers showing an increase of 2.2 percent since May and 18.6 percent since June 2020. This was up from a 16.8 percent increase in May. Denver was up 19.6 percent year-over-year and 98 percent since our prior peak. If you’ve been watching the headlines, there’s a lot of concern for affordability quoting the national average home price being 41 percent over our housing peak in 2006. Denver is more than twice that. Let me double-click here for a moment. While this home price growth is unsustainable, today’s low interest rates are both fueling the demand and keeping the prices affordable. Also, during this period, household income saw a 55 percent increase. If I add income and interest rates into the affordability equation, a home priced 98 percent higher at an interest rate of half and a 55 percent higher income is actually more affordable. The debt-to-income ratio on this Denver comparison is 3 percent lower today than it would have been in 2006.

But as rates rise, affordability will be a concern. Powell did an excellent job separating tapering and rising rates, so don’t expect rates to jump from 3 percent back to 6 percent in a flash. However, 3 percent to 4 percent to 5 percent over the next three to five years is conceivable.  Housing affordability has been a hot topic for the Biden administration since his campaign trail. Today, sweeping leadership changes at FHFA, HUD, and CFPB are putting as many actions as they can behind their words. This past month alone, FHFA, which oversees Fannie Mae and Freddie Mac, significantly raised their benchmarks for GSE affordable loan purchases. Fannie Mae changed their guidelines to now include on-time rental payments in their automated loan approvals. FHFA and HUD joined forces in a Memo of Understanding, stating they are now sharing information about entities discriminating against protected classes. Another $15,000 first-time homebuyer tax credit bill emerged. And, President Biden and Vice President Harris announced their “Build Back Better” program aimed to bring 100,000 affordable homes to market over the next three years through additional Treasury financing, easier conventional guidelines, zoning changes, and limiting HUD foreclosure sales to homeowners.

The ongoing changes which are unwinding the previous FHFA Director’s tyranny are celebrated. The current focus on diversity and equality in housing is necessary and well overdue. The idea of continued spending, which further increases national debt and tax credits, only adds fuel to the unprecedented housing demand that I question.

Meanwhile, the Denver housing market, while not yet unaffordable, is still experiencing supply and demand inequality pushing prices up and keeping most buyers in a multiple bid situation.

Year-to-date, Denver Metro real estate continues to be stronger than our record-breaking 2020. Real estate agents stayed busy closing 5.76 percent more homes than last year for a mind-blowing $5 billion more in volume. Our Median home is now selling for $520,000, up 16.84 percent, and our average home tops $600,000 at $607,052, up 18.53 percent. While we need to continue watching and evaluating the affordability of the largest asset and debt for most Americans, net positive migration tells us that the people who can, will.