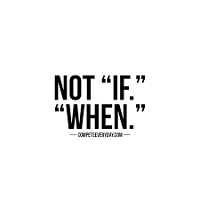 I only make fun of him because secretly I have a bit of a crush on him.. Powell that is.  Mind you.. I am writing this on my husband’s birthday. But if you don’t tell him, I won’t either.  Powell is smart, well spoken, and decisive until he isn’t.  He finally had to own that the inflation we are seeing is not transitory.. at least not 100%.right, but it is!  3.5% down will require more in reserves, so this program is fantastic for buyers who have the money, but with their investments doing so well, they don’t want to put more down given today’s low rates.  Another amazing advance in the jumbo world is the AUS Jumbo.  AUS is “automated underwriting system” or Fannie Mae and Freddie Mac’s automated underwriting engine.  This means Jumbo loans are now being underwritten like they are a conventional loan.  So what I said above about those borrowers needing to stay conventional.. maybe jumbo isn’t so scary after all!

The CPI, Consumer Price Index, came out on Friday at 6.8%.. WOW… that’s high.  With a .8% month over month gain.  A lot of gain was due to gasoline, shelter, food, used cars and trucks, and new vehicles.  Gasoline up 58% from last year, new cars up 11% and used cars up 31%.  I just sold my son’s car for exactly what we paid for it 2 years ago… that NEVER happens.. until there’s a worldwide chip shortage. Who knew?  This level of inflation is just as unsustainable as the inflated appreciation and low interest rates.

Fed Chair Powell has a hard decision to make but one I can not see him ignoring.  He has to speed up the tapering process.  He has to.  Inflation is the arch enemy of bonds.  The November 27th Blog was all about how that math works.  Right now, the Fed is set to taper their purchases of mortgage backed securities and treasuries until the end of May.  It is likely that the end date gets accelerated to March; with the rising of the Fed Rate, which now sits at zero, starting in April.  Inflation is now the Fed’s #1 priority and must be dealt with.  Remember, their two mandates are to keep the prices of things American’s buy stable and create an environment for jobs for all those who want them.

Mandate number 2.. you know.. the employment one.. is taking less of a priority.  The unemployment rate dropped again in November to 4.2%, putting us on track to return to February’s 2020 unemployment rate of 3.5% much earlier than many economists predicted. Another indicator giving Powell the okay to focus on inflation is October’s robust 11 million job openings and 6.5 million jobs being filled, the difference confirms it’s taking a lot of time for employers to fill open positions yet there are 6.9 million total unemployed people

Back to inflation.  Once the Fed finishes tapering they will start raising the Fed Rate.  Now.. that is not a 30 year fixed mortgage rate, but it is a close relative, like a second cousin.  The federal funds rate, or overnight rate, is the interest rate banks charge each other to borrower funds to keep their reserves at the levels required.  The Bank Rate, is what the Fed charges banks, which is typically what banks charge their best customers.  So as the Fed raises their Fed Rate, it will impact the Bank Rate and rates charged for short term lending, like HELOCs, credit cards, and car loans.   Changes to the Fed Rate does not directly move the longer term 10-year Treasury (government bonds which mature in a decade).  However, the higher inflation that the Fed is trying to mitigate, the tapering of mortgage backed securities and treasuries, and the expected economic recovery and growth will push those longer term treasuries and our longer term mortgage rates higher.

So it’s not a matter of if rates will go up but when.  When they go up sharply or slowly?  They have already gone up as Freddie Mac’s weekly rates chart shows the average 30 year fixed rate at 3.125% paying a discount of .7%.  Expectations have rates going up to anywhere from 3.25% to 4.125% next year.  My gut tells me 2022 will see a lot of volatility which will hurt affordability on the spikes and land the year near 3.625%.

Meanwhile, if buyers are waiting for the market to open up and more inventory to come online… the below image I shared in Friday’s Market Update Presentation reflects how limited inventory is compared to the growing population.  Millennials are higher educated and making more money than their older siblings, parents and grandparents (at their age)… and they are ready to buy.  The U.S. population is also now officially more than 50% millennials and younger.  The buying demand will continue, taxing a supply that will take years to correct.  Home prices will not be going down anytime soon. 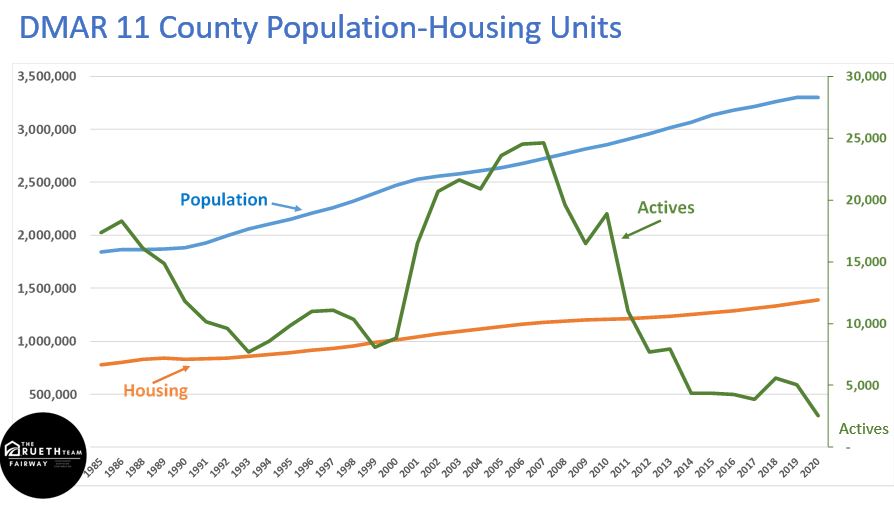 Loan Limits Are UP!!

You’ve been hearing it but trying to figure out what they are exactly and in what counties.. especially for FHA rates which can change drastically for Weld and El Paso counties.   Save the charts below to your phone or desktop so when you are shopping with clients across county lines you don’t get caught with not enough loan to buy the house they just fell in love with. 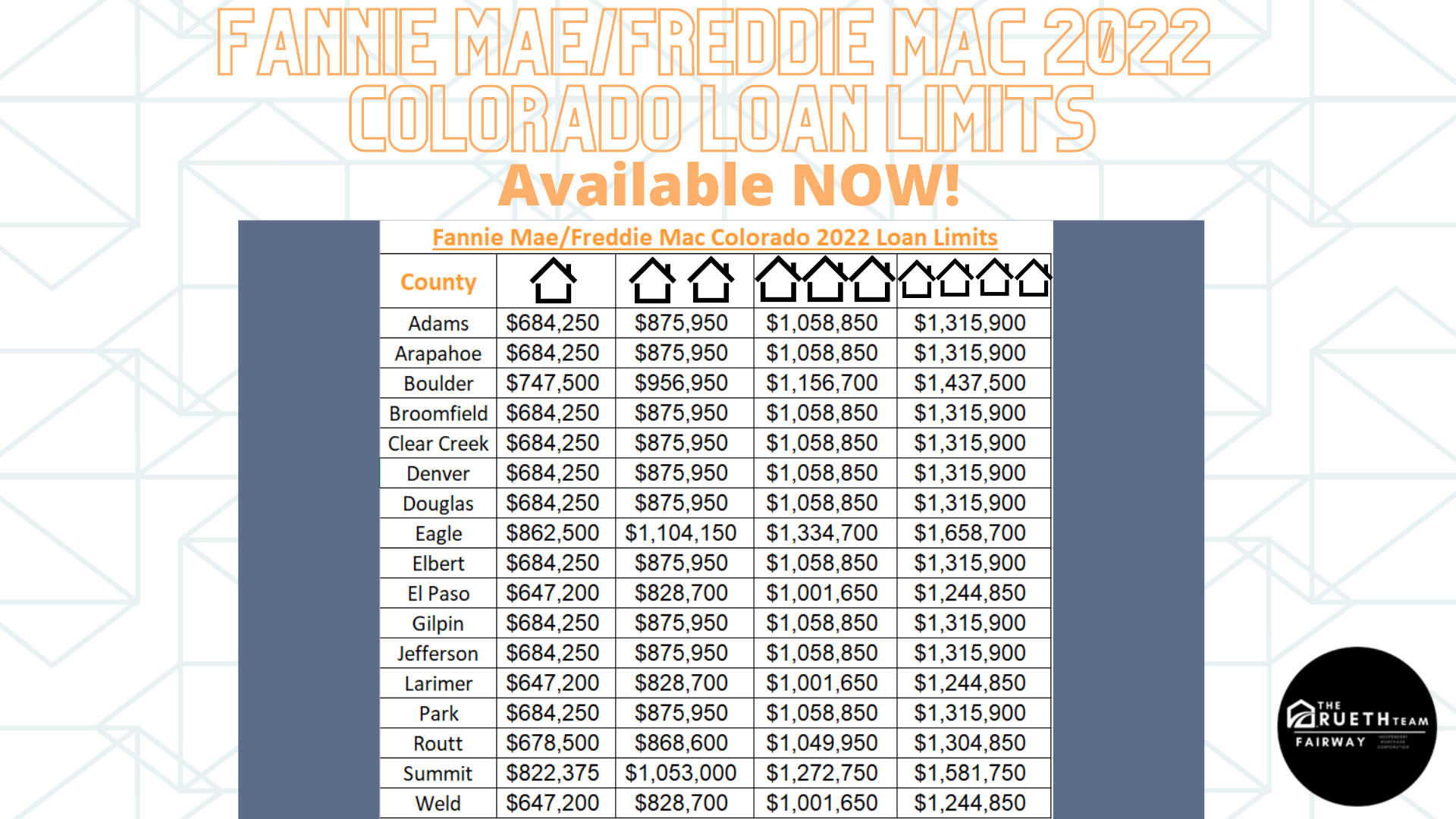 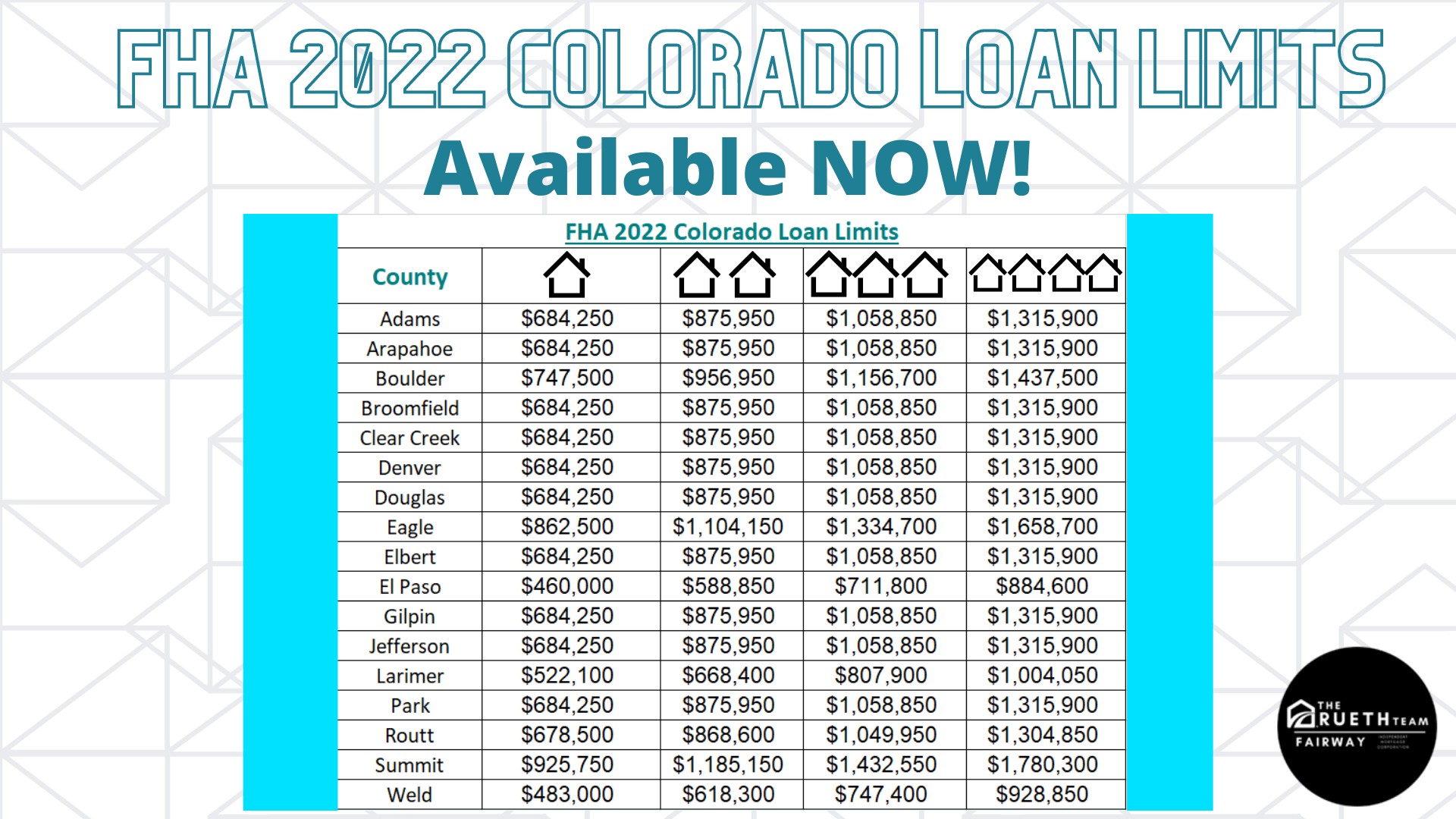 Nicole Rueth has been passionately advising clients on their wealth building and home financing strategies for over 17 years. Her path has been non-conventional and it is a benefit to her clients.  www.TheRuethTeam.Com.