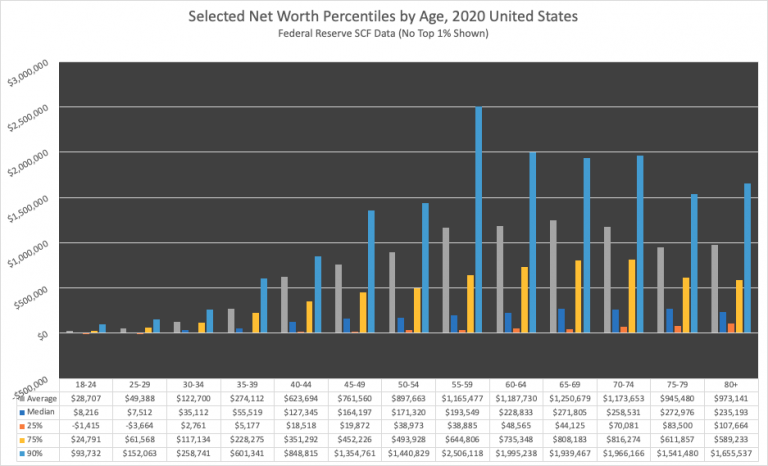 Getting into the Top 1%

Elliot Eisenberg has a daily email which tends to be a fabulously fun tidbit of information. If you are not signed up… do so here.  Yesterday’s email noted a report printed in February 2021 by Knight Frank on the net wealth by country.  There is a 2022 report that has not been broken down yet.. but as you can imagine these numbers went up by at least 10% as the pandemic spurred a record number of people in the UHNWI category (Ultra-high net worth individuals).

$75,000 Towards the Goal
Elliot’s blog was interesting timing.. especially since I taught an Empire class this week.  Pre-pandemic, the bottom 80% of Americans by wealth had 62% of their net wealth in their singular home.  That number has gone up significantly because of the rise of appreciation.  Per CoreLogic, U.S. Homeowners with mortgages (63% of all properties) had an equity increase of over $3.2 trillion in 2021 alone.. giving the average American an additional $55,000 in net wealth; the average Coloradoan an additional $75,000 in net wealth.

Maybe the top 1% or even the top 10% isn’t your goal.  But what is?  Do you have your goals identified? Do you know how you are going to get there?  It usually isn’t done by accident and Real estate can be the access point for so many.  As I taught this month’s class; we had to acknowledge that buying real estate today is not as affordable as it has been over the last two years, or even before the pandemic when rates were higher but prices were lower.  So we have to get creative.

Economic Update
This week was a rollercoaster both for bonds and stocks as stocks marked their 6th straight losing week.  The 10 year finished the week at 2.928% after breaking 3.02% several times.  Although Elon Musk’s announcement of temporarily putting his Twitter purchase on hold moved the market. This volatility was mainly due to Fed Chair Powell’s reassurance that rate hikes on the order of 75 basis points were off the table for now playing tug of war with investor worry that the Fed can’t turn back raging inflation without putting us into a recession.

Realtor.com noted US weekly active inventory grew for the first time since 2019.  While the size of the improvement rounded to 0%, this week’s data marks the first time inventory figures weren’t lower than the previous year since June 2019.

Weekly Unemployment Claims increased to 203,000, this is up 1,000 from last week.  Keep an eye on this number … unemployment needs to shift up for the recession to start.  With 11 million job openings this is not going to put our economy into a tailspin, but shift workers into new jobs possibly giving up the big raises they were given just a year ago to keep them.

CPI also came out this week, showing inflation of all items increased 8.3% year over year, lower than last month’s 8.5%, but higher than the 8.1% expectation.  What we are starting to see in the numbers, however, points to longer-term higher inflation.  The biggest increases come from shelter, food, airline fares, medical care and new vehicles.

Mortgage purchase applications continued to remain strong.  They were up 5% from last week, 8% lower than last year when rates were 2.25% lower… that is not a typo.

Total Household Debt for Q1 2022 was released this week showing an increase of $266 billion to $15.84 trillion mainly fueled by mortgage and auto balances.  Credit card balances are still higher than they were a year ago, but declined quarter over quarter.  Not all debt is bad.  Seeing $250 billion of this being mortgages makes this report important but not a warning sign.

Mortgage rates ended the week slightly lower with the national average being 5.375%; down from 5.5% and great timing for weekend contracts!

Back to the Goals
Peter and I sat down 10 years ago and we do it again every year…asking what age do we want to retire? (not stop working mind you.. but work less) What do we want our Net Worth and Income to be at that time? How close are we to meeting our goals today?  And given the changes in the market, how do we get there.

There are and will continue to be a lot of changes in the market this year pushing home prices and rates still higher.  Focusing on long term goals allows us to make decisions, even when stressful, today.  A recession is highly likely.  Prices typically go up during recessions as rates go down.  With our $1000 Refinance Guarantee we want to help buyers know we’ve got their back.  Because if you want to hit your goals, you need to be a homeowner when that times comes; not still debating on if now is the right time to get into the market. 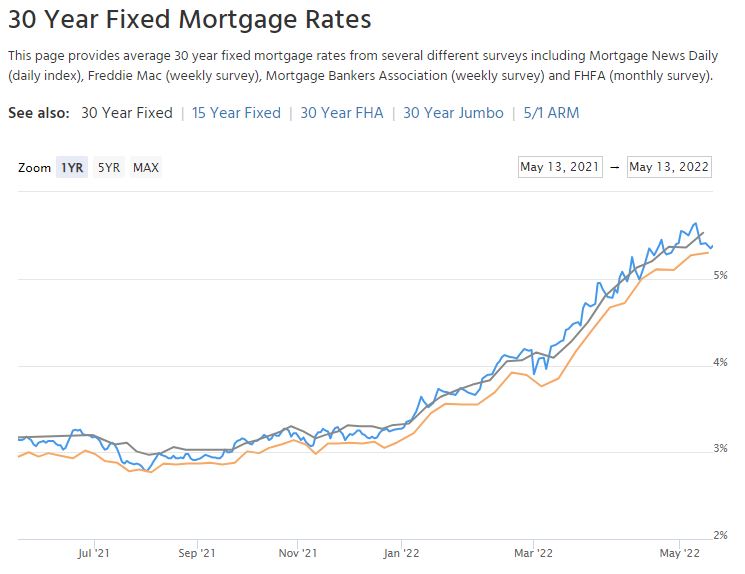